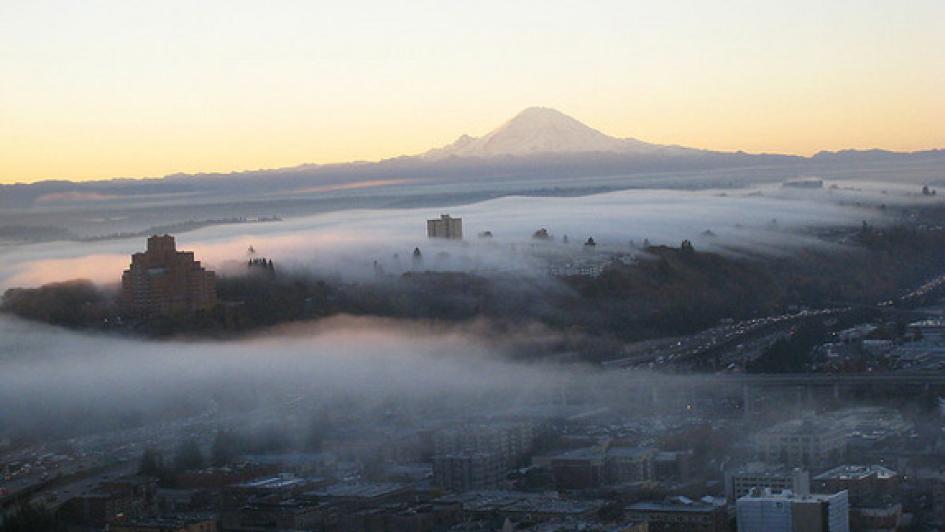 Let's have some real talk: You've heard about Seattle weather. You're concerned about Seattle weather. This is the land of angry, light-deprived grunge music, where rain slickers are couture fashion, where we need espresso by the gallon to stay awake, where old-timers are called "mossbacks" because if you stop moving long enough, the damp green understory swallows you whole. Allegedly.

What's it really like? Let's take it by season, starting with now:

June will break your heart, especially if you're from the East Coast, the Midwest, or — bless your heart — the South. While the rest of this great nation flings off clothing and slathers sunscreen and fires up the grill, the Northwest wet season casts its final lingering shadow over the region. June gloom, we call it. It's cloudy, low 60s, often drizzly. Except when it isn't. When the sun bursts forth, the populace rushes to every park, trail, grill, lake, beach and playing field in sight, savoring every warm ray, knowing it's precious.

A week or so of chilly, dismal taunting, and then the clouds vanish and the Northwest leaps into its glorious true summer. It's mid 70s and not humid in the least. You go out cavorting and enjoy yourself and thank the skies you don't have to huddle by an air conditioner. (When it does reach the 80s for a few days, you know it, because few of us have air conditioners.) There's a festival somewhere every weekend, and inviting beaches (the water stays icy, though), and hikes with clear mountain lakes at the top. It's great. 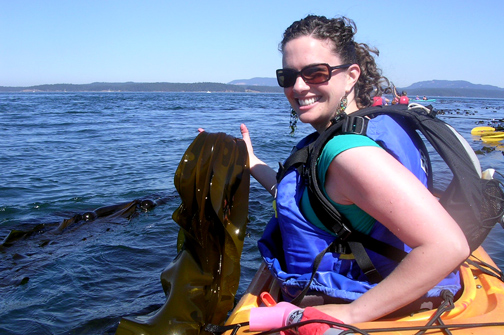 Stretches of mild sunny heaven, which are even more poignant because they won't last forever. This is often our third summery month to make up for June. We don't get the blazing red leaves of autumn elsewhere, but our deciduous trees turn a dignified yellow before bidding adieu to their evergreen cousins. For a few days the campus trails are so thick with massive golden leaves of bigleaf maples that you lose sight of your ankles. 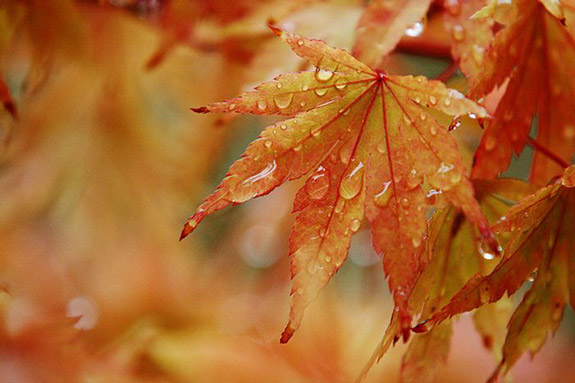 You're absorbed in your studies and the clouds are back, gliding northward between our two fair mountain ranges, Cascade and Olympic. Clouds gather against the mountainsides but never stand still. They roll, heave, tumble in on themselves, dissipating and reuniting. If you're from a place that has thunderstorms, you might mistake these tumblings for the early signs of a storm. But no, it's just the ceaseless motion of the Northwest sky, always worth pausing to gaze upon, no matter how many midterms you have. 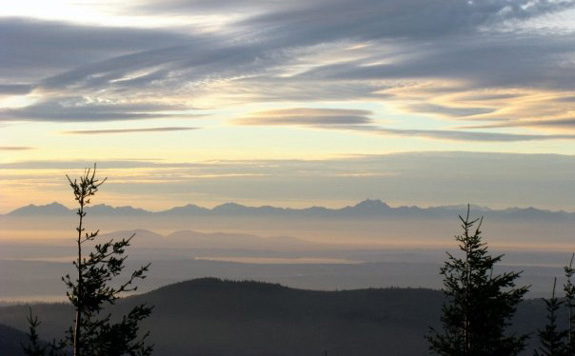 We're in the thick of wet season now — not so much rain as drizzle and mist. Buy a coat with a hood. Find sensible shoes. It rarely rains so hard you want an umbrella, except when it does. Learn to appreciate a well-pulled espresso (don't muck it up with syrup). Or try kombucha, tea, mate, or other plant drinks that awaken you more gently than coffee. Your classmates will love to talk about them.

You discover to your delight that you can still do almost anything in this mild weather. It stays in the mid 40s for most of the winter. Runners still run. Cyclists still cycle, in hilarious outfits. You can play sports, walk your dog, hit the trails between classes to breathe the deep fertile scent of ferns and firs and cedars and lichens. Watch the mist slide through the campus forest and decide it's not truly "rain." We get less annual rainfall than New York, after all. 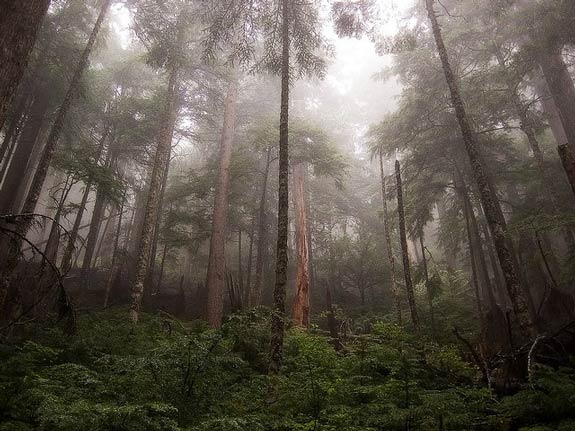 Upon returning from winter break at home, you step out of the airport, sniff the Northwest air, and discover things are growing here in the thick of winter. There's life in the air. Rose and rosemary bushes reach the size of elk because the climate lets them grow year-round. Every few years it snows for a few days. Then the city shuts down because we don't know how to drive in it and Seattle has maybe two snowplows. You can stay home and bake brownies. 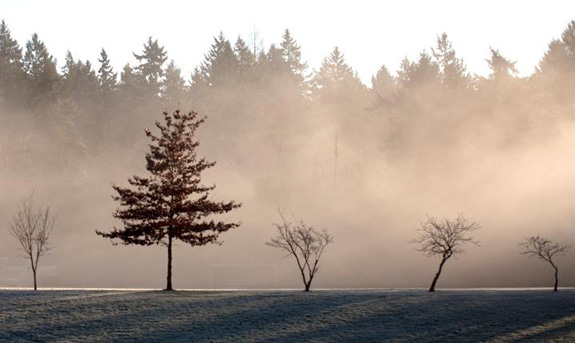 Spring already? Not entirely, but flowers begin blooming and green buds appear on tree branches. The rest of the country is still shoveling out their cars. You celebrate with a run in a light sweatshirt. Or a walk in the campus garden — you can study herbal medicine year-round because something's always growing.

Cherry blossoms open. Vitamin-packed nettle rockets up from the forest floor, a favorite spring food of indigenous Northwest tribes. You can learn from them in the excellent Northwest Herbs class. When the dogwoods bloomed, they knew it was time to harvest clams. When salmonberries ripened, they knew spawning salmon had returned from the ocean. We get a taste of fake-mini-summer in March, a glorious week or so of sunshine in the 70s. We all rush outside, classes meeting in the campus courtyard, blinking and basking in the warmth. 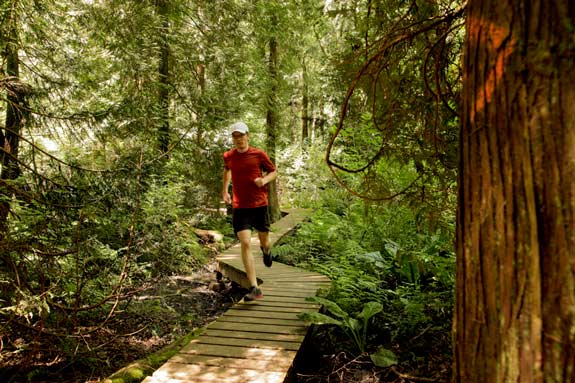 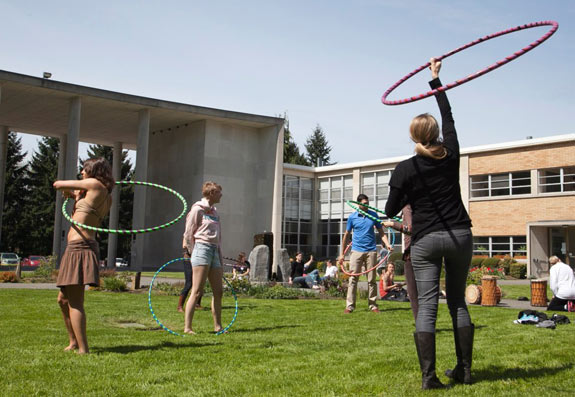 The garden heaves with new growth, mountain meadows riot with wildflowers, and the last showers remind you to make the most of the sunny days ahead. You realize the bad reputation of Seattle's weather is just a scheme to keep everyone from moving here. Don't let the secret out. 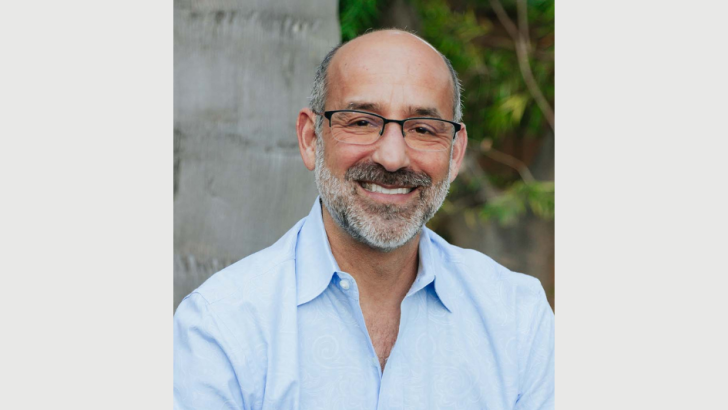 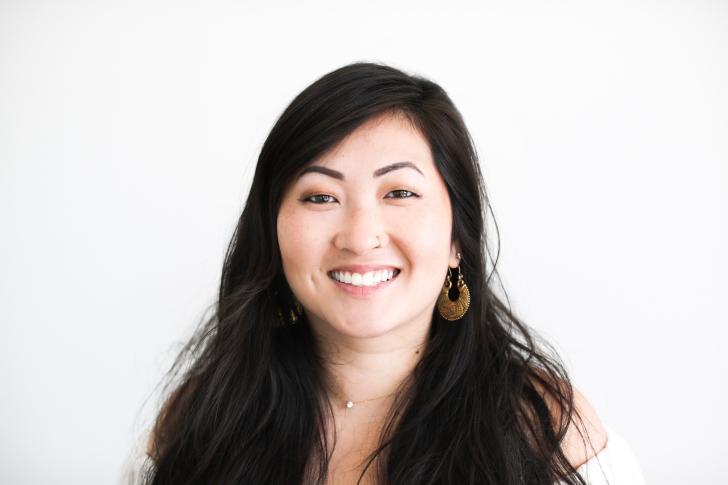 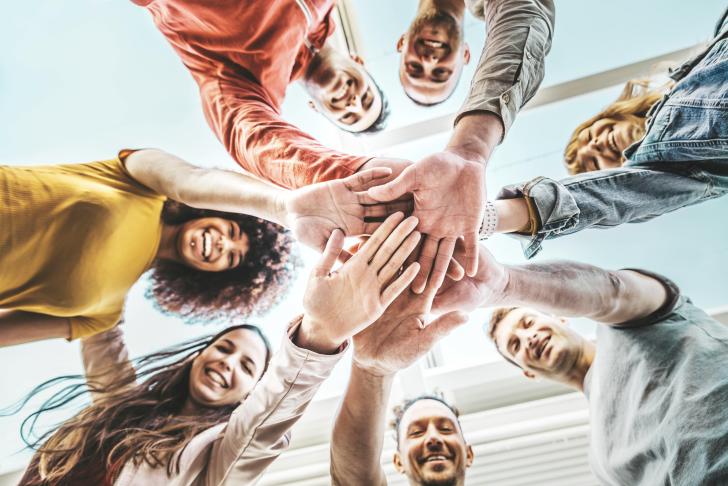