Bastyr University was founded in 1978 during a difficult political climate for natural medicine. National College of Naturopathic Medicine (NCNM) had closed its Seattle branch, and Washington state legislators were threatening to eliminate naturopathic licensing since no new graduates were applying for licensure.

Bastyr University has played a bigger role within medicine than any other non-allopathic institution, bringing scientific legitimacy to natural medicine.

This challenge was met by three NCNM graduates, Drs. Les Griffith, William A. Mitchell, Jr. and Joseph E. Pizzorno, Jr. These naturopathic physicians saw an opportunity to create a new naturopathic school in Seattle that would not only protect licensure in Washington, but also create a resurgence for the naturopathic field by building the school on a science-based foundation.

"We decided to make it absolutely the best institution of learning we possibly could even imagine: the Harvard of naturopathic medicine, if you will," said Dr. Mitchell. "It was built on the best visions of what a really high-quality naturopathic institution could be."

The three men met around a kitchen table to create the school of their dreams with a startup sum of $200, a gift from a grateful patient. "We dreamed of what the perfect naturopathic institution would look like — what it would need, what its focus would be," said Dr. Griffith. "We had already decided on the basic foundation — science-based and accredited."

When it came to naming the school, there was no argument: They unanimously agreed to name it John Bastyr College of Naturopathic Medicine, after their beloved instructor Dr. John Bastyr. Dr. Bastyr was an early champion of science-based natural medicine and a renowned Seattle-area naturopathic physician and midwife.

Their next decision — one of their smartest, they said — was hiring Sheila Quinn, a medical administrator at the University of Washington. Quinn served as the school's administrator for more than 10 years. As the fourth and final co-founder, she contributed to an endeavor that succeeded beyond their wildest hopes. "The belief was so strong it overcame all the obstacles," said Dr. Griffith.

"In many ways I consider this University to be blessed," said Dr. Pizzorno, who served as president for the first 22 years. Helping hands appeared to assist the founders in securing classroom space, accreditation, allies and advocates. By 1989, the co-founders had achieved their initial goals: accreditation (becoming the first naturopathic school to be accredited); international recognition as the leading institution of science-based natural medicine; publication of the widely acclaimed Textbook of Natural Medicine; the development of a core of highly skilled faculty; and strong community respect for the medicine.

Dr. Pizzorno summarized Bastyr's achievements: "We have demonstrated that science-based natural medicine is achievable and successful in helping people. By doing it right, Bastyr has been a catalyst for the resurgence of public interest in natural medicine. So many of our graduates are actively treating people, writing good books and lecturing. We have made the world realize that natural medicine offers great value."

In 1978, Drs. Les Griffith, William A. Mitchell, Jr., and Joseph E. Pizzorno, Jr., along with Sheila Quinn, decided to found a college. When the time came to name the college, the four unanimously proposed to name it after their beloved teacher and noted naturopathic physician Dr. John Bastyr.

Dr. Bastyr provoked his students with his healing presence and persuasive arguments for natural medicine. Co-founder Dr. Griffith had intended to become a medical doctor, but changed his mind after getting to know Dr. Bastyr.

John Bastyr was born in 1912 in New Prague, Minnesota. The seeds of his life work blending the scientific with the natural world were planted early by his parents: His father was trained as a pharmacist and worked as a drug company representative, while his mother was interested in healthy living, nutrition, gardening, medicinal herbs and hydrotherapy.

In 1928, the family moved to Seattle, Washington, where John Bastyr worked at one of the many drug stores his father owned. While working at the soda fountain, he started to study the basics of botanical and homeopathic pharmacy. In 1929, he graduated from high school, and in 1931 he earned a doctor of chiropractic degree at the Seattle College of Chiropractic. Soon after, he completed a residency at Seattle's Grace Hospital and in 1936 was granted his naturopathic diploma.

For the next 50 years, Dr. Bastyr helped generations of families in the Seattle area through his busy private practice. Working well into his 80s, he believed it was a physician's duty to serve patients regardless of their ability to pay or travel. To that end, he charged low fees, kept his office open extended hours and made late-night house calls free of charge. This legacy of compassion continues through the low-income assistance programs at Bastyr Center for Natural Health.

Dr. Bastyr encouraged patients to take responsibility for their own health and be active in seeking wellness, following the philosophy that the patient, not the doctor, does the curing. Known to "listen with his heart," he made it possible for his patients to open up so that he could detect the real cause of an illness.

He relied heavily on physical manipulation and believed that the laying of hands made cures more effective. By doing this, he developed a healing rapport with his patients, encouraging an atmosphere of trust that fostered wellness. A renowned naturopathic obstetrician, he provided comprehensive pre-and post-natal care to women and their children and managed hundreds of home births.

Dr. Bastyr was a pioneer and promoter of the field of natural medicine, even during times when naturopathy was drawing fire from the allopathic community. His commitment to science-based natural medicine, stemming from his roots in pharmacy, continued throughout his career as he spent a great amount of energy researching medical literature and applying the latest findings to naturopathic principles. He also spent time verifying his results with laboratory studies.

In addition to running a full-time practice, Dr. Bastyr played an instrumental role in the development of National College of Naturopathic Medicine (NCNM). Between 1956 and 1979, he served as a professor, board member, executive director and, eventually, president of the college. Dr. Bastyr worked at both the Portland, Oregon, campus and, for a time, the institution’s branch campus in Seattle.

Dr. Bastyr also lobbied the Washington State Legislature for the recognition of natural medicine. He served two terms on the Naturopathic Advisory Committee for the Washington State Department of Health and was an honorary member until his death in 1995. By then the university named for him was well along its journey of growth, and he was assured that the principles he believed in would continue to be taught.

Dr. Bastyr talked about his personal life in a candid 1989 interview. Read about the surprising parts of his life.

A licensed physician, educator, researcher and expert spokesperson, Dr. Pizzorno is one of the world's leading authorities on science-based natural medicine. Under his pioneering leadership, Bastyr became the first fully accredited, multidisciplinary university of natural medicine and the first school of its kind to receive research funding from the National Institutes of Health (NIH).

With a commitment to advocating for a wider acceptance of natural medicine, Dr. Pizzorno has held a variety of public posts and served on conventional medical boards, including:

Since 2001, Dr. Pizzorno has had his own company, Salugenecists Inc., which develops science-based, artificial intelligence-aided advice systems that provide personalized health promotion and self-care guidance.

Dr. Pizzorno has written and co-authored numerous books and publications, including A Textbook of Natural Medicine, Encyclopedia of Healing Foods, Total Wellness, and Natural Medicine for the Prevention and Treatment of Cancer. He is the founding executive editor of Integrative Medicine: A Clinician's Journal and is on the editorial board of Alternative Medicine magazine and Alternative Therapies magazine, among others.

When he is not writing and editing, serving on boards and running Salugenecists Inc., Dr. Pizzorno travels worldwide, lecturing and promoting science-based natural medicine and collaborative health care.

Dr. John Bastyr, shown during a visit to the college that bears his name. Photo: Mark Frey

Students gather outside the Seattle home of Bastyr in the 1980s.

Early Bastyr students meet for a class during the 1980s.

A new banner was unveiled in 1984 for the college's name change.

Bastyr University founders mark the purchase of the Kenmore campus in 2005. 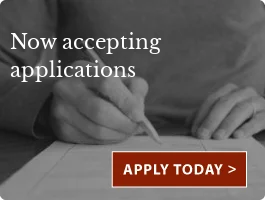